Björk – Army Of Me (Remixes And Covers)

Björk – Army Of Me: Remixes And Covers

Army of Me: Remixes and Covers was released in May 2005. It is a collection of seventeen eclectic remixes of Björk’s song “Army of Me” from Post, her 1995 album.

Army of Me: Remixes and Covers was organised by Björk in response to a devastating Asian tsunami. Putting out a call on her website, Björk reached thousands of musicians around the globe, asking for a remix of “Army of Me” and stating that all the proceeds would go to the United Nations Children’s Fund emergency work with children around the world. 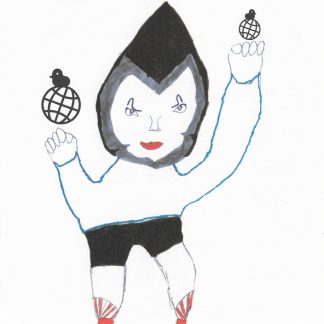 You're viewing: Björk – Army Of Me (Remixes And Covers) £9.99
Select options
We use cookies on our website to give you the most relevant experience by remembering your preferences and repeat visits. By clicking “Accept All”, you consent to the use of ALL the cookies. However, you may visit "Cookie Settings" to provide a controlled consent.
Cookie SettingsAccept All
Manage consent