While Debut Live features live versions of songs from Debut, Debut Live does not feature the songs as performed during the Debut Tour from 1993-1994. Instead the majority of the CD comes from an acoustic performance of Debut at MTV Unplugged. This show was performed a month after the Debut Tour concluded in late 1994 and features wildly different instrumentation and interpretations of the Debut songs. Originally released in the 5 disc Live Box set in 2003, Debut Live was later released separately on 1 June 2004 by One Little Indian records. 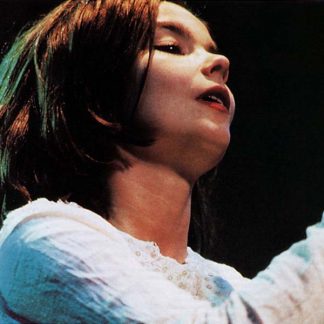 You're viewing: Björk – Debut Live £9.99
Select options
We use cookies on our website to give you the most relevant experience by remembering your preferences and repeat visits. By clicking “Accept All”, you consent to the use of ALL the cookies. However, you may visit "Cookie Settings" to provide a controlled consent.
Cookie SettingsAccept All
Manage consent