Homogenic is the fourth studio album by Icelandic singer-songwriter and musician Björk, released in September 1997.

“In retrospect, it’s easy to see the way that Homogenic paves the way for later career triumphs like Vespertine and Vulnicura: In its formal audacity and sustained emotional intensity, it represents a phase shift from Debut and Post, fine though they were. Björk’s personality has seen her seesaw between extremes throughout her catalog, and after the shadowy intensity of Homogenic, Vespertine would end up a softer, gentler record. (Björk has said that she envisions “All Is Full of Love” as “the first song on Vespertine.”) Created in the glow of her nascent relationship with Matthew Barney, it is the domestic album, the comfort album, the beach-house-weekend album. But Homogenic is the one that complicated the picture of Björk, that threw aside big-time sensuality in favor of more volatile forces, revealed a glimpse of her deepest self for the first time.” 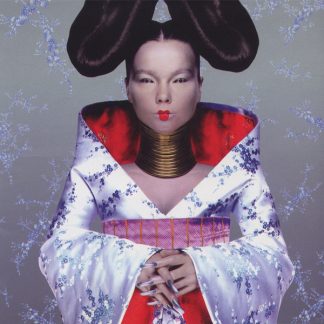