2008 reissue of Björk’s 1997 release Jóga on CD and vinyl. This is not the numbered PVC SLEEVE version but same CUTTING PROCESS.

“On ‘Joga’, Björk thanks someone for pushing her into a “state of emergency” (a condition she relishes), while the Octet saws away calmly. Then on the chorus, the strings soar into quickly voiced affirmations as Björk explores the fuller, more womanly tone she unveiled on Post. But underneath, with a quietly firm destructiveness, a hip-hop track bristles, distorts, and whistles. There’s not much integration—a certain disjointedness is the point. The song depicts one woman’s emotional agenda in the presence of luxurious modern architecture: exaggerated corners, nonexistent ceilings, and beautiful doors. It’s a track that wants to sound as active as the chaos it embraces.” – Spin 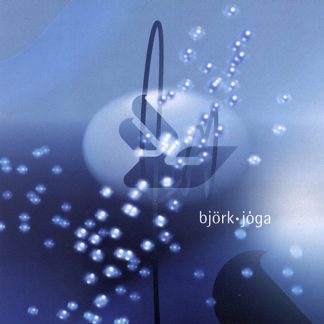 You're viewing: Björk – Jóga £9.99 – £26.99
Select options
We use cookies on our website to give you the most relevant experience by remembering your preferences and repeat visits. By clicking “Accept All”, you consent to the use of ALL the cookies. However, you may visit "Cookie Settings" to provide a controlled consent.
Cookie SettingsAccept All
Manage consent