8 track album on CD and vinyl.

Holidays in Europe (The Naughty Nought) is the second and last studio album by the Icelandic post-punk group K.U.K.L – one of Björk’s first bands. It was released in January 1986 by Crass Records. The album was recorded at Southern Studios in London, produced by Penny Rimbaud of Crass and engineered by Mel Jefferson. The album was more complex in comparison to its predecessor The Eye, with greater use of electronic noise and distorted samples and keyboards. In a manifesto published as a Crass Records press release to announce the album, the band said:

”The Naughty Nought” pertains to the insignificance of the individual as being nothing but a numb number in a computer game of loss/profit good/evil black/white binary pairs. You are taken from Quintessence to the four elements from the Holy Trinity to duality and then from monistism to the naughty nought. In this process the music breaks the scale by thundering trumpets and pouring vials of wrath together with subtle musical poetry. The naughty nought is the source of all creative energy and is manifested through whirling cyclonic motion from the very shatters of matter to the spiralling galaxies. By contemplating the kinetic aspect of this naughty ality you gain your former potency as the master and creator without mutilating your fellow beings.” 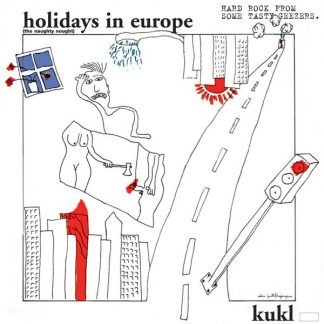