The Eye is the debut studio album by Icelandic post-punk band K.U.K.L – one of Björk’s first bands. It was released in September 1984 by Crass Records. The album peaked at No. 6 in the UK Independent Albums Chart.

Named after Björk’s favourite book, Story of the Eye by Georges Bataille, it was recorded at Southern Studios, produced by Crass member Penny Rimbaud and engineered by Tony Cook.

In a 1984 review at Sounds magazine, David Tibet gave the album a perfect score, saying – “‘The Eye’ steps boldly out of the supposed confines that the Crass label is meant to impose…and drags the listener into a glacial world of confused emotion and shattered visions.” He compared it to The Scream by Siouxsie and the Banshees, “primarily I suppose because of the howling vocals and decaying metal”.

The album included ‘Dismembered’, a new version of the band’s first single, ‘Söngull’ (1983), with most of the guitars replaced by pipes and bells. 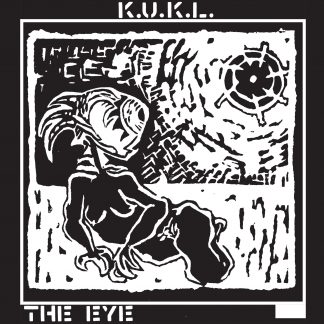